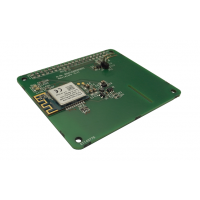 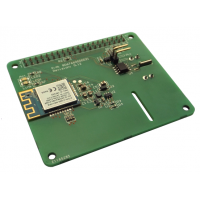 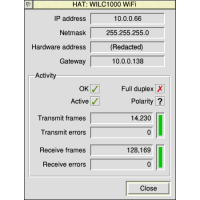 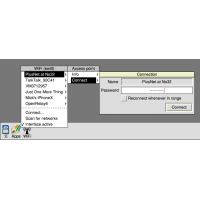 Cut the cord and go wireless with a 2.4GHz WiFi interface for your Raspberry Pi. Comes with printed installation guide, fixings, and plastic standoffs to attach the HAT to any Raspberry Pi with a 40 pin expansion header. Perfect for

Only suitable for use with RISC OS, the WiFi HAT requires a RISC OS soft loadable driver module (see 'Resources').

The software includes an easy to use desktop WiFi Manager, which lists the nearby access points as well as displaying the current connection status. Selecting a network is a simple matter of choosing from the WiFi Manager's menu and entering a password. For networks that you visit frequently, the password can also be stored to eliminate all the typing; if the network is in range at boot time the link will be automatically re-established. Hot spots which require additional signin steps (such as entering the hotel room number) are detected and flagged via the icon bar icon, for those hot spots which use the most common form of signin via page redirection.

Due to its tight integration with RISC OS all of the familiar Internet tools in !Configure are used to set up the networking, and monitor its statistics. Two status LEDs show when you are connected to an access point and when data is being transferred.

Only one HAT can be fitted to the header on the Pi at a time. If you have a real time clock expansion card fitted, use order code EA-846-9 instead - this includes a Dallas Semiconductor RTC and lithium coin cell integrated onto the WiFi HAT itself.

In the initial release of the software a few minor restrictions are in place. They are: